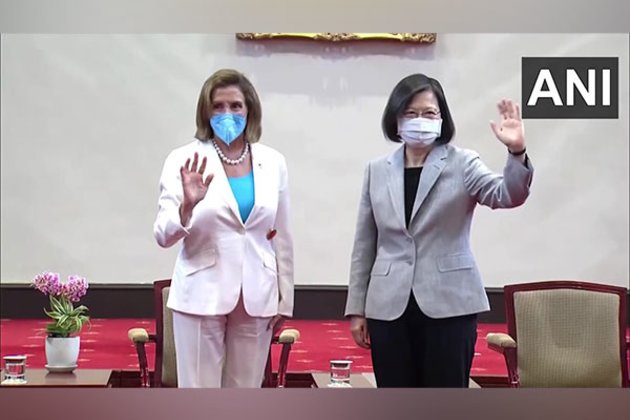 "The Inter-Parliamentary Alliance on China (IPAC) expresses grave concern at the recent escalation of military threats against Taiwan by the government of the People's Republic of China (PRC)," the IPAC, a cross-party alliance of parliamentarians from democratic countries, said in a statement.

They said the actions of the Chinese military have been the most provocative in decades, with live fire exercises across the Taiwan Strait, repeated sending of warplanes across the median line and, for the first time, the launching of ballistic missiles over Taiwan and into Japan's exclusive economic zone.

"These actions are irresponsible and dangerous, representing not only a reckless military escalation but also an attempt to leverage economic coercion against Taiwan and its regional partners," IPAC said and urged the democratic states to demand the Chinese government immediately cease its aggressive military activity and allow for the reopening of international trade routes through the Taiwan Strait.

Tensions erupted in the Taiwan strait last week after the visit of the US Congressional delegation, led by Pelosi. Taiwan welcomed the visit saying said this trip "once again emphasizes the rock-solid US commitment to Taiwan."This high-stakes visit marked the first visit by a US House Speaker in 25 years since Newt Gingrich came to Taiwan in April 1997. It was also Speaker Pelosi's first trip to Taiwan in over two decades.

China started conducting a number of military exercises near Taiwan which Beijing regards as its breakaway province. More than 100 Chinese warplanes and 10 warships have taken part in the live-fire military drills. Besides this, multiple Chinese planes and ships were detected around Taiwan Strait, simulating an attack on its main island.

Taiwan's Foreign Minister Joseph Wu on Tuesday said China used the military drills to influence the international community's freedom of navigation in the waters and airspace of the Taiwan Strait and to prepare for an invasion.

"...China has used the drills in its military playbook to prepare for the invasion of Taiwan. It is conducting large-scale military exercises and missile launches, as well as cyberattacks, disinformation, and economic coercion, in an attempt to weaken public morale in Taiwan," he said. (ANI)