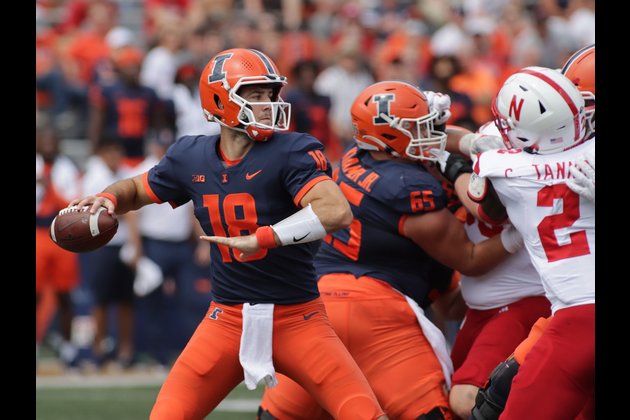 Illinois senior quarterback Brandon Peters, who missed the past two games with a shoulder injury, is back as the starter for the team's upcoming game against Maryland.

Peters suffered an injury to his non-throwing shoulder in Illinois' season-opener against Nebraska on Aug. 28.

Artur Sitkowski replaced Peters in that game and started the past two, both losses for the Illini.

"It wasn't anything he did or didn't do well," Illinois coach Bret Bielema said Monday. "He played extremely well, especially the way he first entered the game going back to the Nebraska game. ... But I told him if the roles were reversed and he were the starter and was knocked out of the game and BP came in, we'd do the exact same thing 100 times over. I think honesty's always the best policy, and that was just being real."

Sitkowski, a transfer from Rutgers, completed 56.9 percent of his passes, throwing for 611 yards and six touchdowns against one interception.

The Illini host the Terrapins (2-0) on Friday night.