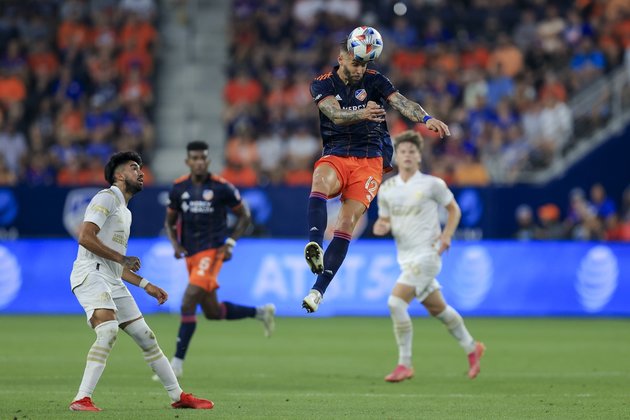 Atlanta United and host FC Cincinnati traded goals in the second half but ultimately settled for a 1-1 draw on Wednesday night.

Following a scoreless but offensively entertaining first half, both teams came out firing again in the second. Eventually, it was Cincinnati's Luciano Acosta who broke through with a brilliant curling goal in the 61st minute.

Nine minutes later, Ronald Hernandez leveled the match for Atlanta with his laser strike from the center of the box.

Atlanta United star Josef Martinez, in his first action since May 29, had a chance to put the visitors ahead in the 87th minute, but his curling free kick was saved by diving FCC goalkeeper Kenneth Vermeer.

Though Atlanta (2-4-8, 14 points) managed a point in its first match following the weekend sacking of coach Gabriel Heinze, its winless stretch was extended to nine matches (0-3-6).

Atlanta seemed inspired out of the gate. Brooks Lennon had a point-blank shot pushed away by Vermeer in the second minute. On nine minutes, Marcelino Moreno hit the crossbar with a free kick.

Brenner gave FCC its first quality chance of the evening when he missed just wide of the goal in the 13th minute. Vermeer came up big with another straight-on, one-on-one save on 19-year-old Atlanta striker Jackson Conway in the 22nd minute.

Atlanta United keeper Alec Kann (five saves) made a stellar stop of his own on Acosta's strike from the side of the box in the 24th minute. Shortly after, Kann came through again on Isaac Atanga's tip in front of the net.

The teams combined for seven shots on target during the first half.

Vermeer, credited with a season-high eight saves, made a final huge stop on a streaking Moreno in the first minute of second-half stoppage time.