Kind of innings I've been dreaming of: Chahar 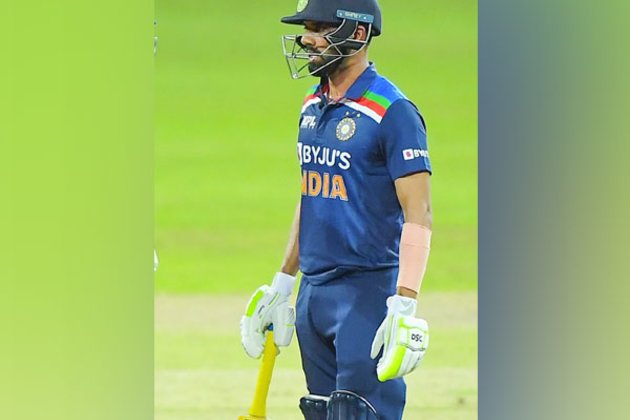 Colombo [Sri Lanka], July 20 (ANI): After guiding India to a thrilling win over Sri Lanka, Deepak Chahar said he was dreaming of playing such a sensational knock in international cricket.

Chahar played one of the most memorable knocks to steer India to a stirring win over Sri Lanka in the second ODI here at the R Premadasa Stadium on Tuesday.

Chahar (69) smashed a gusty fifty and stitched an unbeaten 84-run stand with Bhuvneshwar Kumar (19) to take India home after the visitors were reduced to 193/7 in the second ODI. India were down and almost out in their chase but Chahar made sure India get home in the final over.

"It was hot there, we did well there. Got two wickets. We managed to stop them at 270. It was a decent score [to chase] on this wicket. Only one thing that was going on in my mind, this is the kind of innings I have been dreaming of," Chahar told hosts broadcasters after the win.

India needed 16 runs to win in the last three overs and the duo Chahar and Bhuvneshwar ensured the visitors do not lose any wickets and then guided the Shikhar Dhawan-led side to win with five balls to spare. With this victory, India have taken an unassailable 2-0 series lead.

"No better way to win the match for the country. Rahul sir told me to play all the balls. I have played a few innings with India A and I think he has belief in me. He told me he thinks I am good enough to be a No. 7. He has belief in me," said Chahar."Hopefully in the coming matches, I do not have to bat. When we came under 50 is when I believed we can win. Before that, it was ball by ball. I took some risks after," he added.

Chasing 276, India got off to flying start but were soon put on the backfoot as opener Prithvi Shaw and Ishan Kishan departed in quick successions to reduce visitors at 39/2.

Skipper Shikhar Dhawan and Manish Pandey stitched a 26-run stand but Wanindu Hasaranga trapped the opening batsman in front of the stumps in the 12th over.

India breath on short partnerships as Suryakumar Yadav gave the visitors a glimmer of hope. However, the right-handed batsman departed after scoring his half-century as India got reduced to 160/6.

After losing Hardik and Krunal Pandya India were in a spot of bother before Deepak Chahar revived the visitors' innings.

Chahar slammed a magnificent fifty and took India close to the target along with vice-captain Bhuvneshwar Kumar. Chahar and Bhuvneshwar then did the honours as India sealed the series 2-0 with one match to go. (ANI)