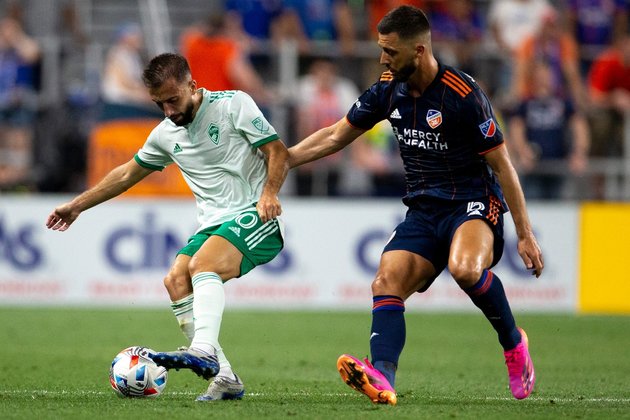 There's plenty of motivation for both sides when they meet Wednesday night at Cincinnati.

Atlanta (2-4-7, 13 points) has totaled seven goals and been shut out four times during an 0-3-5 stretch that dates to a 1-0 victory over CF Montreal on May 15. Following Saturday's 1-0 home loss to New England, Atlanta sacked first-year coach Gabriel Heinze and named assistant Rob Valentino as its interim leader.

While the club cited "a variety of issues relating to day-to-day leadership of the team" for the move, Fox Sports reported that Heinze's hard-nosed, dictatorial style was an immediate turnoff for his players.

Cincinnati (3-6-3, 12 points), however, has totaled four goals while going 0-3-1 at its new stadium since it opened in May. FCC's 2-0-2 overall stretch ended with a potentially demoralizing 5-4 loss at Montreal last weekend. Twice Cincinnati blew two-goal leads, and, according to MLS, became just the 11th team to lose when scoring at least four goals.

"But the positive thing is we have a game (Wednesday); we can recover," FCC midfielder Haris Medunjanin said. "We have to show that we are a good team, and recover from this and take three points in Cincinnati."

After scoring twice against Montreal, Brenner is tied with Luciano Acosta and Alvaro Barreal for the Cincinnati lead with three goals.

Atlanta star Josef Martinez (two goals in 2021), who has not played since late May and has been training on his own due to reported issues with Heinze, is back practicing with United. It's uncertain if he'll be available Wednesday.